I Mustache You Some Questions 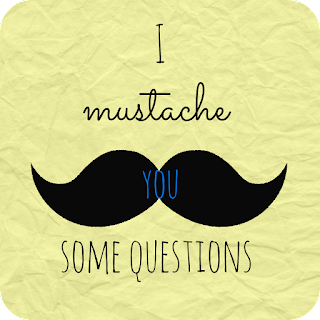 I’ve been tagged by the lovely Maria at Teen YA Book Nerd to answer some questions on the I Mustache You Some Questions tag. I tried, I really did, to come up with a mustache related pun to go here about answering questions but I’ll be honest … I got nothing! I’ve seen this feature on a few blogs so am really excited to get involved!

Four Jobs I Would Love To Have
Graphic designer – Lucky for me, this is part of my day job. Said day job also comes with lots of stuff that’s not so much fun, but I get to flex my creative muscles every now and then!
Surgeon – I love anything fiddly, fixing things and helping people. Plus I'm weirdly fascinated by blood and guts.
Engineer – I like making things, and breaking things. This seems a natural progression.
Travel blogger – Travel the world, write, get paid. Dream job!

Four Movies I’ve watched More Than Once
The Shawshank Redemption – My favourite movie!
White Men Can’t Jump – 1990’s Welsey Snipes is utter genius. This is my go-to movie if I’m feeling a bit down.
Up – If I make it through the first 15 minutes without crying, I’m good.
Ted 2 – I ended up seeing this twice last week. It’s just as hilarious the second time around!

Four Books I Would Recommend
Lorali – I just finished this book (check out the review). Fantasy, star-crossed lovers, mermaids, what’s not to love?
Labyrinth – This book started my love affair with the Languedoc trilogy and is singlehandedly responsible for my decision to make the trip to France next year. Myth, magic and history, I’m there!
Daughter of Smoke and Bone – I’m rereading Laini Taylor’s trilogy for my blog, but the first book in the series is still my favourite. Plus Karou kicks so much ass! Angels, demons and magic, in spades.
The Girl Who Would Be King – Speaking of ass kickers, Kelly Thompson’s book has two of them. Bonnie and Lola. Good and evil. Superhero and supervillain. Written from the point of view of both girls, it’s a funny, brutal and far more original than it has any right to be. I love it!

Four Places I Have Visited
Japan – I adore Japan! I’ve been fascinated by it for as long as I can remember so it was a dream come true to spend a month travelling around this beautiful country. Downside though, having the inevitable jet lag in Tokyo sucks so much!
New Zealand – There is virtually nothing in this country that you can’t throw yourself off or out of. I met so many wonderful, inspirational and downright insane people here. My spiritual home!
China – A bit of a trial to actually get around and the language barrier was a nightmare, but China is an incredible country. I’ve been twice and it’s changing so fast I can’t imagine what it will be like in ten years time. It was the closest I've ever come to being famous too, with people taking my picture, wanting their picture taken with me or generally staring at me like I had two heads!
Laos – The wildcard. I went with no idea what I was doing or what to expect, just a backpack and a Lonely Planet. If you ever get the chance, go! Laos is one of the most beautiful, serene and intriguing countries I have ever been to. The people are so friendly and so welcoming it’s truly humbling. A place I will never forget!

Four of My Favourite Foods
Pad Thai – My go-to whenever I have to cook for people. It’s so easy even I can’t screw it up!
Sushi – Weird right? I hate squishy textures, but I love raw fish. Go figure!
Pizza – Pepperoni all the way!
Spaghetti – Pasta tastes so much better when it’s long and thin.

Four Things I’m Looking Forward To This Year
Spending New Year in Barcelona with my sister (that technically counts as this year right?).
Visiting Paris.
My little sister getting married!
My best friend having a baby!

Email ThisBlogThis!Share to TwitterShare to FacebookShare to Pinterest
Labels: Ramblings 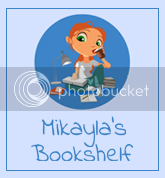