Top ten wishes I'd ask the book genie to grant me
(As always, a big thanks your to the fab bloggers over at The Broke and The Bookish for this weekly meme!)

Hmmm, ten bookish wishes...tricky! Since in my head the book genie is this guy...

wishing for more wishes is obviously out of the question, along with wishing people back from the dead and wishing for people to fall in love with me, to I'll have to stick with these.

Clairvoyance for future release dates
I've started so many book series, only to hit a brick wall and a killer hook at the end, with the interminable wait for a sequel. Sometimes you now when it's coming (never soon enough!) but other times you don't (*cough* The Winds of Winter *cough*). I can handle the wait (most of the time), but I wanna know dammit!

More recognition for better books
I've read so many truly wonderful books which don't show up on any bestseller lists that in my opinion are miles better than many books and series' (mentioning no names!) that generate loads of hype and recognition. So I'd like a magical touch to put some hidden gems at the top of those irritating Amazon recommendation lists that only seem to recommend the same best sellers over and over again.

The next Six of Crows
I was lucky enough to get in to the Grisha trilogy when all three books were already out, so I was lucky not to have to wait for the sequels. No such luck with Six of Crows.

The rest of A Song of Ice and Fire
Probably along with 90% of the rest of the book reading world, I'm dying to get my hands on The Winds of Winter and A Dream of Spring. A lot of authors crank out one a year now in popular fantasy series but George R R Martin seems to be taking forever! Plus, one of my team at work has just started the tv series and I've threatened to tell him what happens if he doesn't finish a big project by the deadline. If he gets to the end of series 5 and no more books have come out, I lose my leverage. 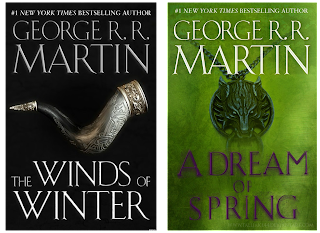 Ability to resist beautiful cover art
I'm a sucker for beautiful books and I have absolutely no willpower. Help me out book genie!

Superhuman reading abilities
What was once a tbr book turned into a tbr pile. That pile turned in to two piles, which turned into several. I now have a tbr bookshelf and it's still growing faster than I can read. The "ability to resist beautiful cover art" would help with that, but superhuman reading abilities would let me read even more books and clear it at the same time. Win win! Plus it would come in handy when I start reading a book in bed that becomes un-put-downable and I have work in the morning.

Ability to enter book worlds
Sometime I almost feel like I've gone to another world when reading a really good book, so the ability to step into the pages every now and then, hang out with the characters, see the sights, dabble in a bit of magic, would be awesome! 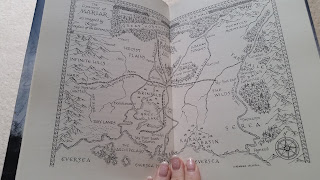 Less snobbery towards certain types of books
Before I started blogging, I didn't know anyone who read YA (it has a pretty bad rep in my book group) and even I described chick-lit as my guilty pleasure. No, no, no! If you don't like a book because it's badly written, poorly plotted or generally boring that's fine, but I wish people wouldn't deride books without glancing at them just because they don't like the genre. Good vibes for everyone!

My own library
I've always wanted my own library! Stacks of books, a window seat (complete with incredible view that I will not get from any window in my house), squishy armchairs, tea, snacks, everything a bookworm could ever need! I've got a spare room now my roommate has moved out, so I'm about to start the project to turn it into a library.

Free books for all!
You want a book? You got it. For free. For everyone. Wouldn't that be the best thing ever? I'm not sure how this would work with money for authors and publishers, but hey, it's magic!

What about you guys? What would be your top ten bookish wishes?
Posted by MikaylaGray at 03:37